My bed felt so good Saturday morning, I almost didn’t get out the door for my early morning run, but after checking the temperature and finding it was 68 degrees, that was motivation enough for me to get up and head out. Near perfect running weather, I love being out in the early morning air and I think the cooler temperature help open up my stuffed nose.  I rarely catch colds, which is amazing, considering I am around small children everyday, but I  guess when one of those little ones sneezes in your face the chances of getting sick goes up. I didn’t really feel bad, just a stuffy runny nose which I absolutely hate, you blow and nothing happens and I had the sneezes.  While out on my run the symptoms seemed to disappear.

About an hour after my run, symptoms started to return. Earlier in the week, I came across a recipe for a homemade cold and flu remedy, “Mucus Buster”.  You can find it HERE at Anyonita Nibbles. I gave it a try and it worked, Marvelous for me.

For the first 15 to 20 minutes after drinking, my chest and stomach were on fire from the onion and garlic, but later it opened my nose, relieved my cough and when I coughed it was a productive cough, the tickle in my throat was gone. Just be prepared to smell like garlic and red onions.

I tried another new fruit this weekend, plumcot, it’s a cross between a plum and an apricot. It has the texture more like a plum with a mild taste, not as tart as a plum, it was sweet and juicy.

I gave my brownie recipe from last weekend another try, this time using coconut sugar instead of xylitol as a sweetener. They were super moist and delicious. Super Marvelous!

Another Marvelous find I have to share is Shopkick app.  You earn kick points for just walking into  participating stores and when ready, you redeem the points for merchandise or gift cards to stores you shop.

Have a Marvelous Monday and stop by Healthy Diva Eats to check out the host, Katie’s MIMM post and all of the other MIMM post. 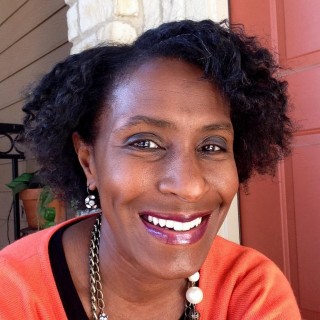